Last weekend I went on a two-day safari, the first day to Lake Manyara and on the second day we went to Ngorongoro. The conservation area of Ngorongoro is amazing because it is a huge ancient hollowed-out volcano which is home to thousands of animals. This post will mostly be pictures with credit going to my engineering partner Camilla who had a far superior camera. We drove around with land rovers, poking our heads out to get a glimpse of the vast beauty before us. I was able to see lions and a rhino from far away but do not have great photos of them. As for the rest of the animals. . . here are some photos! 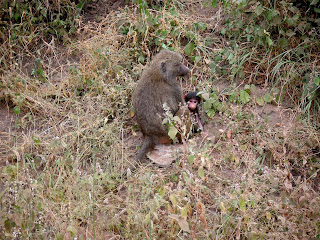 Many, many baboons. This area mostly had impalas, giraffes (too far to get a picture) and zebras. 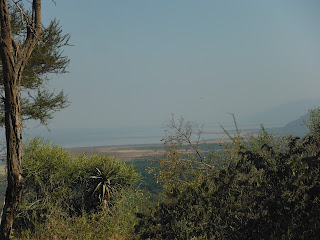 View of the mountainside from our hotel. 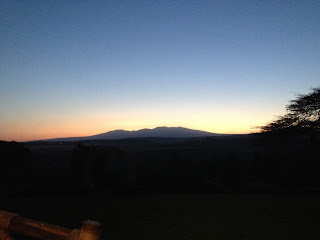 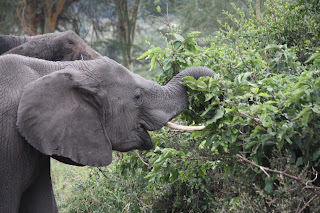 We got really close to elephants- tembo in swahili. They were very big and had four babies following them around! 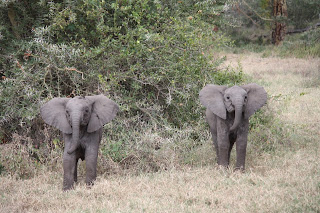 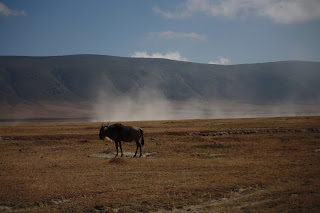 Lots of wildebeests (yes that is how it is spelled). . . and then some 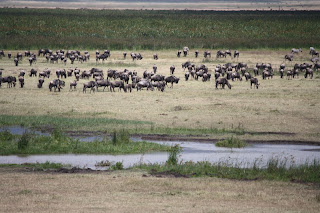 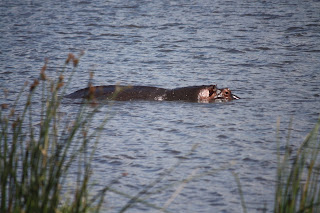 Hippos! We stopped to eat by a pool and these guys were constantly popping up for air. 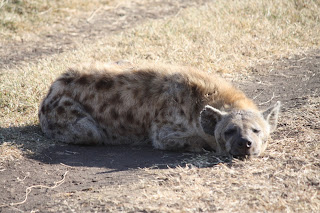 Spotted Hyena. Was just sleeping in the middle of the road. This was the closest we got to hyenas all day. 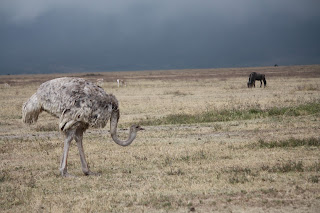 Lots of ostriches. This is a female ostrich, so much bigger than the males


Lions from afar. Sad we were not able to see them closer but I guess it was safer? 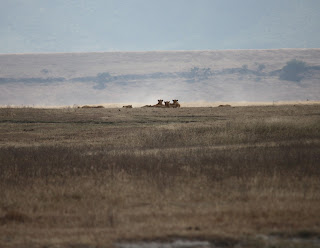 We ended the second day visiting a Masai village but I am saving all my photos for another post because there are so many!
Posted by L at 7:47 AM